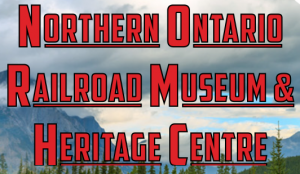 We all do it, ignore the familiar for the new and shiny. In Capreol many residents are unaware of the treasure hiding in our very own backyard. The Northern Ontario Railroad Museum and Heritage Centre has become, through the hard work of its numerous volunteers, a major tourist attraction. Not just for our town either! No, it currently ranks as the third biggest draw in the entire Sudbury region—behind only Science North and the Big Nickel Mine!

Constantly expanding, the NORMHC is a venue of which all of Capreol can be proud. It is also something we all could, and should, support. I make a point of bringing each and every visitor over—and not one has been disappointed. Nothing else in town offers such a huge bang for your buck—it is easily an ‘all day’ affair, and that’s without any of their special events occurring. With reasonable entry rates and plenty of ‘open houses’ throughout the year, plus wheelchair accessible grounds and plenty of parking, there is no excuse for any resident to avoid the NORMHC.

There is, of course, plenty of railroad memorabilia on hand. Best of all the NORMHC encourages hands-on interactions—allowing visitors to climb aboard vintage rolling stock and even sit at the controls of a state-of-the-art simulator. The school-car is set up just like back in the 1930s when teachers like Fred Sloman brought learning to the people via train. Boxcars, cabooses, two beautifully restored steam engines, and more await rail fans. Set foot in a boxcar house to see how early railroaders lived. Marvel at the antique snow plow towering above you—the machine built without shock absorbers! Check out the collection of handcars and manual tools used over a century ago. The elaborate model railroad display is a must-see for young and old. And the museum house itself is a window into the past, from its tearoom to the hundreds of photos on the walls. Just don’t forget to stop in at the gift shop—there’s knickknacks and clothing, books and toys, all to commemorate your visit.

But what if you don’t like trains? The NORMHC has you covered. They have some interesting displays focussing on other parts of Northern Ontario’s history—forestry and mining both, amongst others. There’s also the impressive firefighter display at the Annex building (Capreol’s former fire hall). Check out the pristine Gottfriedson-Bickle pumper engine or climb aboard a wall-mounted fire engine cab and sit at the wheel of one of Capreol’s former emergency vehicles.

Special events get the special treatment at the NORMHC. Almost every holiday weekend through the spring/summer/fall gets celebrated in a big way—starting with the Big Truck Meet-Up (just finishing its third, and most successful, year), the annual Father’s Day Rods & Rails Car Show (now in its seventh year), through to Canada Day (when the military brings out the ‘big guns’ for all to see), the August Long Weekend/Capreol Days (where Little Obie makes an appearance and there’s all sorts of events occurring throughout town—last year the museum had a petting zoo!), culminating with the Terror Train (every weekend from end of September until Halloween) for those who like a good scare.

The NORMHC hosts barbecues and beer tents, live music and private parties throughout the year—with attractions for both young and old. In fact there’s not much the venue doesn’t do. It’s worth a visit, whether you’re new to town or a fourth generation resident. Tourists make the trip from all over the world and are always impressed. So take some time out of your busy day and stop in. Take the tour or consider volunteering. Capreol’s crown jewel is always looking for help.